Print a variable in bash script

I need last command such way to print on screen and put in a file called /tmp/log.txt so I tried this but it will only put in the file and not on screen:

You can use the tee command:

I am a new Ubuntu Linux and bash shell user. I also know how to redirect output from display/screen to a file using the following syntax: cmd > file ls > file However, some time errors are displayed on screen. How do I store and redirect... 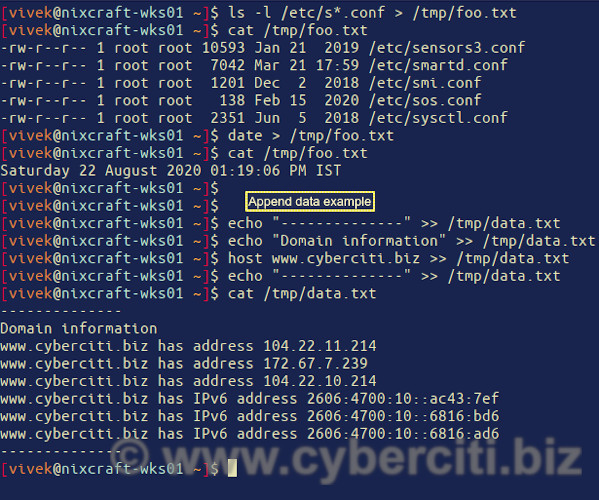 How to write the output into the file in Linux - nixCraft

Learn bash and POSIX shell file input and output redirection to write the output into the file under Linux, macOS, or Unix-like systems.